admin2022-10-24T10:26:30-08:00
By admin Asphalt Track, News
Bakersfield, CA – 2022 Kulwicki Driver Development Program championship leader Dylan Zampa took the lead from Tanner Reif, when the Henderson, NV driver lost power on lap 24, and went on to score his fourth victory of the Spears Pro Late Model Series season in the “Salute to the Oil and Gas Industry 55” on October Classic weekend, at Kern County Raceway Park. The 2021 series championship runner-up had a challenging weekend, missing most of Final Practice after a third link broke, but rebounded to pick up his first career victory at the half-mile oval.
Holly Clark surprised the series regulars by turning the fastest lap in qualifying, in her first series start. The top-eight redraw found Tanner Reif on the pole, with Cassidy Hinds starting to his outside. Holly Clark and Tyler Reif made up the second row with Mike Beeler, Corey Neveau, Jaron Giannini and Zampa the final redraw starters. Tanner Reif got the lead on the initial start, but Hinds battled back in the lower groove to lead lap two. The caution came out on lap three, when Holly Clark spun into the front stretch wall, after contact with Tyler Reif.
The restart found Tanner Reif battling back to the lead ahead of Hinds, as Seth Wise took third from Corey Neveau, after Tyler Reif pitted under the yellow. Lap 11 found Hinds using the low side to once again challenge for the lead. The duo battled side-by-side until Reif was able to secure the top spot once again on lap 14. The top-three of Reif, Hinds, and now Zampa separated themselves from the pack, but a caution on lap 21 for Ron Cross closed the field. The restart saw Zampa battle to the inside of Hinds for second, emerging with the position just as Tanner Reif slowed in Turn #4 on lap 24.
Zampa moved ahead of the field from that point, as Cassidy Hinds held a comfortable second, and Wise a solid third. The battle for fourth raged behind them, with Neveau, Hans Beeler, and then Christian Bazen swapping the position. As the checkered flew on lap 55, Zampa earned a two second victory and a $2,500 win. Hinds was second over championship leader Wise, with Bazen, and a recovering Tyler Reif the top-five.
Zampa leads the Spears Pro Late Model Series presented by Sigma Performance Services in victories but is chasing Seth Wise for the championship. Wise will take a 57-point lead into the final round at Irwindale Speedway on November 12th, when a new champion will be crowned for the 2022 season. Tyler Reif sits an additional 14 points behind Zampa.
Results: 1. Dylan Zampa*, 2. Cassidy Hinds, 3. Seth Wise* 4. Christian Bazen*, 5. Tyler Reif*, 6. Corey Neveau, 7. Scott Youngren, 8. Jaron Giannini, 9. Sam Solari, 10. Michael Zimmerman, 11. Ron Cross, 12. Hans Beeler, 13. Ryan Martin, 14. Tanner Reif*, 15. Holly Clark*, 16. Mike Beeler 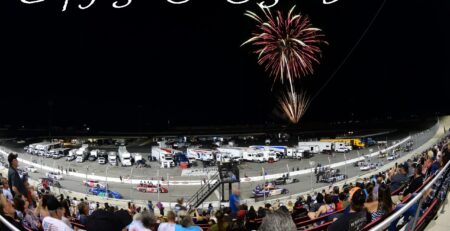 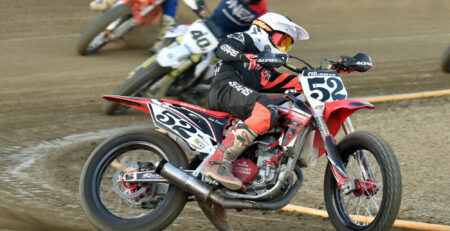 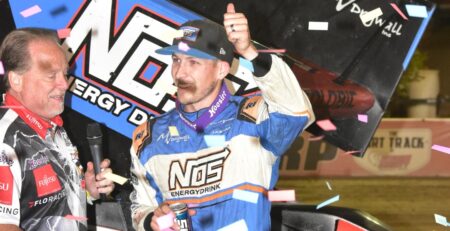 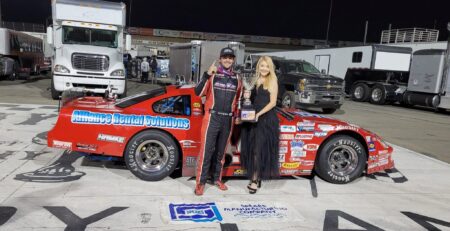 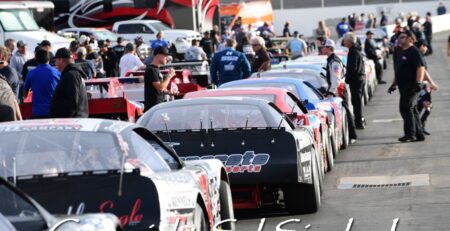 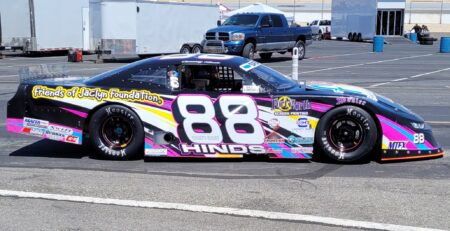 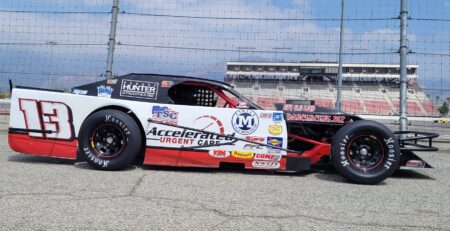 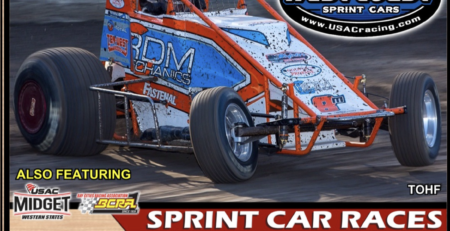 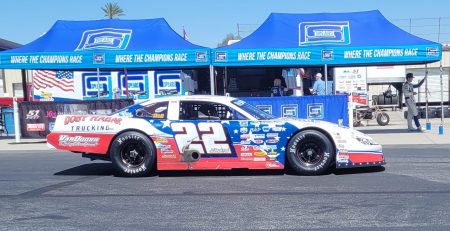 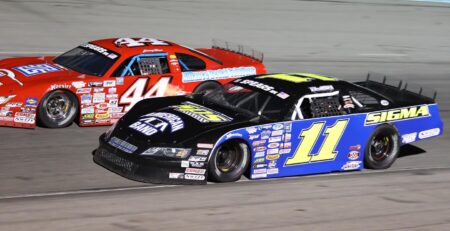